Notice! Your browser seems to have JavaScript disabled.
Please enable your browsers JavaScript capability to take advantage of all the functionality of this website.
Follow these instructions to enable JavaScript in your web browser

Boy Raised from the Dead

“The Tucson Years 1963-65” Photograph Album
From ancient times, the indigenous Indian tribes around Tucson, Arizona attributed spiritual significance to both the Tucson area and also the nearby Catalina Mountains where they believed that God dwelt.

Brother Branham also attributed particular significance to the Tucson area given that shortly after he moved with his family to live there on January 4, 1963, he began to associate Phoenix with Jericho, and Tucson with Jerusalem, making mention of this a number of times from the pulpit.

It is interesting that Tucson City shares the same elevation, climate, vegetation and latitude with the City of Jerusalem, the latter being on the opposite side of the world.

After Brother Branham's arrival in Tucson, events began to unfold, the likes of which had no precedent.  Local landmarks would take on special meanings and other, as yet unnoticed physical attributes would attest in remarkable ways to William Branham’s Ministry.

“The Tucson Years” photograph album provides a comprehensive photographic record of these places and events.  Extensive background details are included to help the viewer understand how those events, many of which were indisputably supernatural in nature, unfolded to not only crown the accomplishments of Brother Branham's Ministry but also to fulfil important Biblical prophecy and significantly help the Bride of Christ of our day to prepare for Christ’s return.

Covered in detail are the remarkable happenings that took place at locations such as Finger Rock, Sabino Canyon, the Sunset Mountain campsite and Flagstaff, Arizona, above which the enormous cloud appeared in a pyramid shape just as Brother Branham had prophesied.

This album comprises some 240 photographs portrayed over 416 slides.


“The William Branham Memorial Photograph Album”
From the time of Brother Branham’s birth in 1906, when those present witnessed a supernatural light came into the small two roomed log cabin on the morning he was born, until December 29, 1965 when his funeral service was followed by unusual signs in the sky that were seen from coast to coast across America, his life was accompanied by numerous supernatural events.  By the time he entered his adult years, they had become a daily norm.

Those who knew him closely attest to those happenings and their frequency as well as the resultant blessing that was often bestowed on their own lives, or the lives of their loved ones. These things were not done to uplift William Branham, but rather that by their frequent occurrence, we might come to know, believe and then experience for ourselves that Jesus Christ is truly the same, yesterday, today and forever.  (Hebrews 13:8).

While we are fortunate that a significant number of witnesses have publically shared their testimonies in written, audio and video formats, there is also broad pictorial coverage available of the more notable events in Brother Branham's Ministry and the locations where they took place. These pictures have been made possible by those who had the foresight to record the events on film at the time they took place or did so by returning to where they happened at a later date.

The photographs evidence Brother Branham’s journey through life from his teenage years until he entered the Ministry, the building and development of Branham Tabernacle in Jeffersonville, Indiana as well as the nationwide and then international Gospel healing campaigns that he began in the late 1940’s and continued throughout his Ministry.

The campaigns were a truly exceptional phenomenon that were described in many publications at the time, and later by the historian Professor David Edwin Harrell (University of Alabama, Birmingham, Alabama) in his book, 'All things are Possible'.

From the healing campaigns, a worldwide revival began that continued for over a decade to draw attention to a message from God that would help the hearers make ready for Christ’s return.

We have included a wide range of photographs of the campaign meetings and Brother Branham’s associates, as well as pictures of his family, his hunting trips, and highlights from the den in Tucson that display’s his hunting trophies. A number of the trophies were obtained under extraordinary circumstances that had been described and prophesied by vision.

This album comprises some 760 photographs that occupy a total of 920 slides.


Acknowledgements
The presentations would not have been possible were it not for those dear ones who had the foresight and leadership of the Holy Ghost to create such excellent photographs of record that collectively make up the substance of the two slideshow albums.

Those who have contributed either remain unknown to us or are too numerous to mention individually. However, we gratefully acknowledge their efforts, skill and generosity and trust you are blessed by this presentation of their work.

When viewed on large screen monitors, some of the photos will be found to suffer from a lack of clarity and sharpness when assessed by modern expectations. Where we have held duplicates, we have actively compared and used only the best quality images that were available. However, if you are able to provide replacement photos of even better quality for other viewers to enjoy, or you have relevant photographs that are not yet included in the albums, please let us know so that we can arrange for them to be incorporated in a future update.

Other photographs
Other photographs of interest can be found within the various books and documents that are included in the 'William Branham Storehouse Collection' DVD series.

Integrity
Without exception, all the photographs that have come into our possession testify of the uncompromised integrity with which William Branham recounted what the Lord Jesus Christ accomplished through his Ministry.

As the Apostle Paul could say in his day when called to give an account before King Agrippa, the events of Brother Branham’s Ministry were likewise not unknown or “done in a corner.”

“For the king knoweth of these things, before whom also I speak freely: for I am persuaded that none of these things are hidden from him; for this thing was not done in a corner.”

The albums may also be viewed online by visiting our YouTube channel.  Please note that the videos are not monetized but advertisements may appear from time to time due to the terms on which use of the background music has been granted.

If you wish to view the albums free of advertisements and at their highest quality resolutions, you are welcome to download the original files via the links below.

This version of the slideshow albums is intended for use on personal computers and allows the viewer full control over the length of time each slide appears on screen.

To play the albums on a personal computer, download the following two zip files:

If you have need of a utility to open and extract the contents of these zip files, we suggest using 7 Zip for the purpose.

Although this version of the albums can be played on a personal computers, it is primarily intended to allow viewers to watch the slideshows on the large variety of other devices that can play .mp4 video files.

Download the following .mp4 video files to play the albums on other devices. 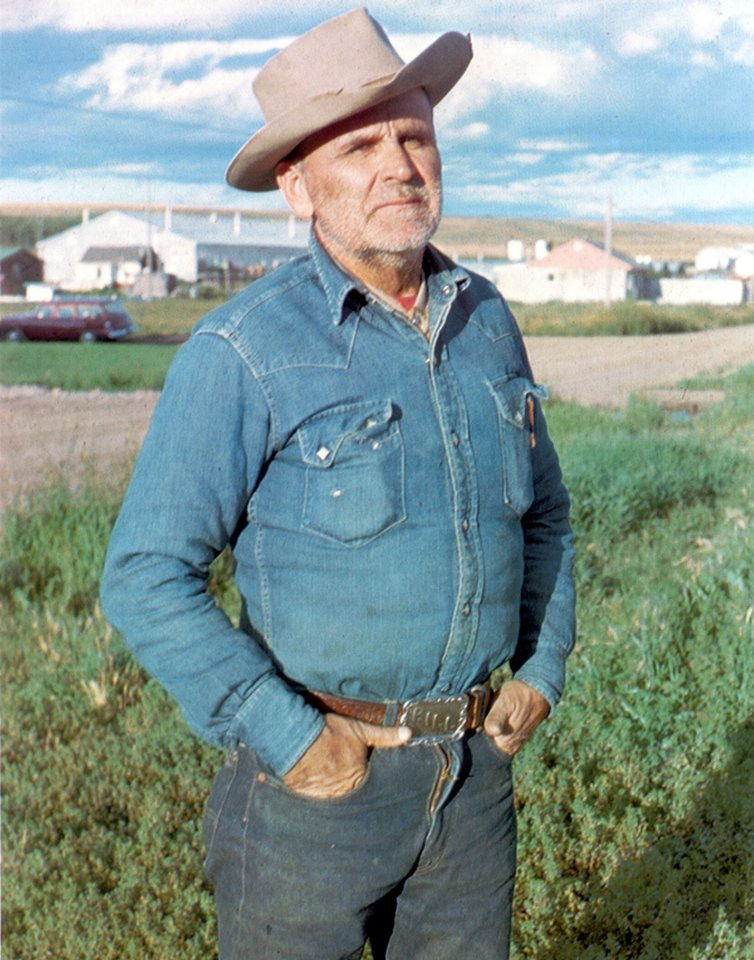 These albums provide convenient access to a large and comprehensive collection of photographs that date back to the late 1920’s. They record many prominent events, people and places that were closely associated with William Branham.

Individual pictures have first been grouped by topic and then assembled in a general chronological order to create a singularly important resource that gives powerful witness and testimony to Brother Branham’s life and Ministry.

The albums have now been revised and updated for viewing on widescreen digital monitors.

They are available in two formats and can be downloaded free of charge at their original and highest resolutions via the links below (right click the links and choose "save as"):

Who is William Branham?

Outpouring of the Holy Spirit