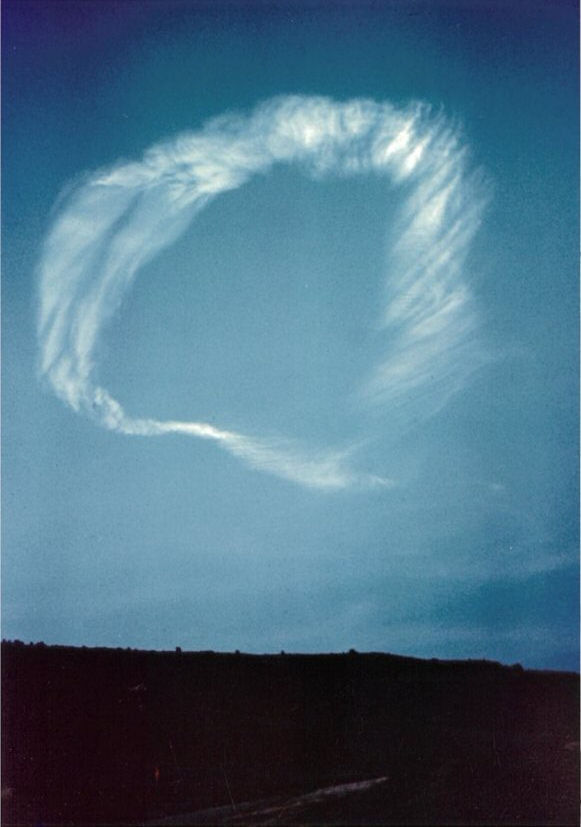 Transcribed from the audio testimony contained in the William Branham Storehouse Collection which also includes Gene Norman's longer testimony of the event.

Witness of the Visitation of Seven Angels

I happened to be privileged in 1963, to be at Sunset Mountain, when that happened out there  which Brother Branham tells on tape.  Tells all about it before it ever happened, told in Jeffersonville and I believe in Phoenix, and we was out hunting pigs, Brother Gene Norman and myself and Brother Branham.  Well we heard this blast … it sounded like seven of them planes breaking the sound barrier at the same time, it was such a bang.  I thought “Mercy, they’ll hear that all over the country” and,  when we come back together, I could see at the very time that that blast went, there was the Pillar of Fire above Brother Branham … and I could see that Brother Branham, he looked different and truly he was different and he told Brother Gene and I something that we can’t tell but I happened to be privileged to be a witness at seeing this.

A very public announcement that God was about to do something of Dispensational importance.

26 miles high and 30 miles wide
“A lot higher and bigger than a cloud should be”
This supernatural cloud was prophesied by William Branham in December of 1962.  It was eventually formed on the evening of 28 February 1963 by seven Angels to herald the opening of the mysteries of the Seven Seals of the book of Revelation.  It was not the coming of the Lord as supposed by some.
The Angels met with Brother Branham a week later at a location 40 miles northeast of Tucson, Arizona on March 7, 1963 and told him to go back to Jeffersonville Indiana, where the mystery of the Seven Seals would be revealed to him.
Mr. Gene Norman and Mr. Fred Sothmann were present with William Branham when this event occurred.
Here is Fred Sothmann's account;

For a more complete account of the Cloud phenomenon, please download the article, "A High Cloud and Ring of Mystery".